All my life, music has moved me. It has transported me, lifted me in its arms, and taken me where I needed to be. It has been my saving grace, my sanity, and the place I have felt a true sense of freedom.

As a little kid, if I was feeling sad or lonely, I’d just start singing to myself and I’d either guide myself go deeper into the emotion or help myself fly away from it.

When I was maniacally sending in my college applications as a teen, with only minutes to go, it was my Mom who reminded me: “Sing, Julia. Sing.” I sang to myself as I uploaded the last attachments, undoing the tizzy I had wound myself up into.

When I’ve walked down city streets alone at night or traipsed through the woods solo, I’ve sung to myself to bring comfort and calm, and courage.

When I’ve needed to process something but haven’t had the words, I’ve let the song come out instead.

Music comes from the heart. It breaks it and strengthens it again, growing older and wiser and richer each time.

Still, as much as it is a comfort and a joy, music has also challenged me. Performing has taken the thing I feel most passionate about, most connected to myself in and made that private love public. Still, most of my life, aside from solos in choir and playing with my Dad or Brother, my voice was blended into a the harmonies of many. I didn’t often feel the pressure of the spotlight until…

Six summers ago, I sang my first songs with the local band. While I’d been in a band in Sonoma County prior to unintentionally moving to Alaska, we had yet to perform.

As I jumped back into the crowd after my stint on stage, one of our dear friends pulled me aside. “Jesus, woman! You’ve got some pipes.” He then looked at The Chief who was smiling ear to ear and said “Did you know she could do that?!”. It was the first time since high school that I’d performed and I felt like I was walking on air. Transported once again. The Chief, who certainly had heard me singing around our house, knew I could sing. I’d breakfast-time serenaded him from the other room while distractedly singing and cooking but to actually sit down, learn a song and give it my all? He hadn’t heard it. In fact, despite singing being one of the loves of my life, most people I loved hadn’t heard me sing until our wedding two years ago.

After that first night with the band in the bar I was hooked…but doubt crept in.


It turned out that they did want me back but lest I be too hasty, I didn’t want to overstep. They were a rock band with a punk-ish flair and I was already singing their rock songs with a blues/jazz twist. I didn’t want to push it.

Could I have?
Certainly.
Did they encourage me to?
Mmmmmhhhmmm!
Did they ask me to choose songs I liked?
Yep!
Did I do it?
You get where this is going…

I wasn’t the lead singer. I’d come in for harmonies and a few diddies and head back into the crowd. No responsibility, no say, right?

The very next year, the lead singer didn’t return for a summer, and suddenly…I was the lead singer. The band changes a little every year, depending on the musicians in the town which is something I’ve never seen before and never would have thought of. I absolutely love that! It’s also why I never assumed I’d be the front woman. I mean, even if our Lead Singer/Guitarist did leave, certainly someone else would step in, right?! But suddenly, that someone was me. Finally (finally!) I started suggesting songs. I tried to find songs that rang true for me that I thought the band would hopefully like. It worked! Slowly but surely we’d floated ideas of the Alabama Shakes, Heartless Bastards, White Stripes, etc. and even learned and performed a few of them.

The crowds changed a little and at first, I thought I was doing it wrong. It wasn’t as rowdy, or at least not as often. People requested songs I didn’t know and I felt embarrassed because they wanted punk rock Otis Redding and I was giving them Aretha Otis Redding. But…I was who I was. I am who I am.

Last weekend, six years after my first show with the band, we played our first show of this season. We all picked our favorites from our existing repertoire, a repertoire that held our evolution in its story. Everything from Lynyrd Skynyrd to Amy Winehouse. We also added a few newbies just for this show and they were and are some of my favorite songs ever.

I wasn’t sure how the crowd would like them. Would they be too pop? Too girly? Did it matter?

It turns out it didn’t matter (spoiler alert, I know). Halfway through the two-hour show…the dancing began and despite thunderstorms and rainfall, it didn’t stop. From rainbows to a downright downpour, I watched faces new and old dance the night away to the songs we were lucky enough to play for them. Here’s a short clip from our friend and event organizer, Dave Hollis:

We closed the two-hour show + fundraiser with “Good Kisser” (which starts out “If you’re gonna tell them everything, tell them I’m a good kisser…”. Hence the title of this post) and as I began, I heard hoots and hollers from the knowing crowd. Our crowd. ‘Twas not too pop after all. It’s a beautiful thing, that cycle of a song. From the first time I heard it and it struck a chord in me to learning it, introducing it to the band, them learning it, us learning it as a group and making it our own to then playing it and hearing those few first words strike joy in someone else who was also struck the first time they heard the song…that’s beautiful. To hear the joy that recognition brings, that’s something pure I’ll never pass up. You never know when you pick your songs what will resonate, who will show up and how they will feel. You can only play what makes you feel good and hope that translates outwards to your crowd.

Over the years, the people who have made up our crowd have changed. I’ve watched people scrunch their noses, turned off by the music, and I’ve watched people come in off of the street, called in by the music. We can’t serve everyone. We can’t be everything to everyone. If you need a true punk rock evening, our old frontman was your man (and he will be back for a stint this summer!). If you need something more like jazz+pop+soul+rock, I’m your girl. Neither? That’s fine too. The point? The one that took me six years to realize?

Be you.
Your crowd will come.
Not everyone will love you.
That is OK.
You are your own crowd and you are perfect, just as you are.
Besides, there’s no one else like you and…

It’s way more fun to show up when you show up genuinely as yourself.

P.S. Thank you to everyone who came out and danced in the rain (or under cover) and supported KCHU! We love you guys! And a huge thank you to my bandmates. I love playing music with y’all.

P.P.S. So…what’s on your playlist these days?

C O N F E S S I O N:
Next steps…
Did Leto learn his lesson? What do you think?
Good Kisser
Still crazy after all these years 💜
So…how was your weekend? 😹 Better, worse or on par? Leave a comment and let me know 💜 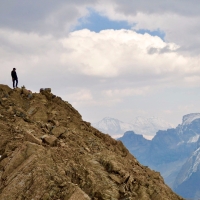 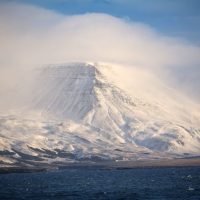