My girlfriend in Norway texted me this morning. “Help” was the first text. “Help me choose a kitchen” with a link to a website was the second.

You see, she is remodeling.

And I guess we are too.

Since moving into The Chief’s house it has become our house. Our home. It felt like home the first time I arrived and has ever since. But, as I mentioned in this post, it was a bachelor pad, like a perma-bachelor pad. And so we have slowly been making it ours.

The thing is, projects in the woods can get a bit tricky. It’s not like we can hop in the car and take a quick trip to Home Depot and stop for lunch on the way home (oh to eat a meal and simply walk away from the mess, that is luxury). We can’t just pop into town.

Town is 8-10 hours away, depending on the weather.

It’s a three day minimum commitment. Your house will freeze along with everything in it and if you’re lucky enough to have work, you’ll have to take time off. You’ll have to brave glacier riddled roads and icy highways and you must be able to carry all the supplies on your vehicle because strangely enough, stores don’t deliver out here.

So, the best alternative is to do it yourself. Source your own materials and make it work.

The Plan: build them from scratch

The Materials List: it all started a few years back…

In essence, our kitchen project started years ago. Before we even found one another. Our neighbor cut down the trees that would then be taken to another resident’s property to be milled into the biggest size possible. The now beams were eventually brought back over to our joint property by another neighbor where they sat…and sat…

Fast forward to present day and a stretch of time off from work for The Chief due to…you guessed it…a need for more supplies. So, as the job site was restocking we made use of the time off and started a “simple” kitchen project. We figured it would take a day or two. That was cute of us.

Day one: After suiting up for the cold, The Chief headed  out to the beam site. Shovel and axe in hand he chopped and chopped through ice and feet of snow until he wrestled two free.

Wolf patrol. So many things to pee on.

Sniff it out, dig it out.

I suited up myself and helped him to lift the beams onto the sawhorse.

I’m a pretty strong little bundle of a 5′ 3 (and 3/4)” lady but this 12-foot hunk of future shelving was a serious workout. At least I wasn’t cold anymore.

The beams on the other hand, they were cold. Frozen to be exact and at ten degrees outside, they weren’t thawing out any time soon. This seemed like a serious threat to our shelf building escapade. Out came the hammers. We hammered away the large chunks of ice and used the other side (the Claw, I’m told) to scrape. It was slow going. We found angled metal that worked as a scraper too but still, a great deal of ice remained and there was no way we could get those beams inside the house to thaw. The Chief smiled. He had a little trick up his parka: a weed burner. It’s exactly what it sounds like (unless you’re from California, then see the following explanation): basically it’s a torch used to burn down weeds but hey, I’m all about multi-purpose tools.

So we spent the next hour or so burning off the freeze and the rest of the afternoon logging for the next project.

The next day was colder and it was harder to motivate to head out into it. But, of course, in true Alaska fashion, once we did motivate and had just finished defrosting the second log friends from across the river announced their arrival via snow machine. Our work was done for the day.

The next day was full of bright blue skies and recently refrozen rivers. We couldn’t just burn weeds all day, we had to greet the blue and so the project was pushed off again.

Sidenote: this whole “go with the flow” attitude isn’t natural for me. I’m learning it. It feels irresponsible because it sometimes chooses fun over work but isn’t it just as bad to choose work over play simply because you “should”? I’m still figuring that one out. Dang Puritan work ethic. But I do know that it seems criminal to live in a 13 million acre national park and not explore it when you have the perfect day to do so…so we did.

Finally, on the fourth day, things started coming together. The weather had turned (this always seems to happen. Good thing we took advantage of the day before) to grey skies and snow. The Chief and I suited up and got to milling. The wood was actually in pretty good shape considering its snowy grave and we were able to get three boards milled.

We made shelves until five o’clock when we realized we were going to be late for the dinner plans we had made at a friend’s house up the hill. Time for a pause.

Sidenote: By “We made shelves” I mean The Chief mainly measured, cut and screwed in the boards. I learned (relearned) how to calculate a hypotenuse (and just now how to spell it again), how the miller and saw worked and how to brace shelving. I was in charge of aesthetic and placement and that’s great but it’s one thing to tell someone where to place something and another to place it oneself. I wish I could say we were both out there at the same time doing the same work but the truth is, I just didn’t know enough and when you only have so many materials, it’s pretty essential not to mess up. And while there’s nothing wrong with being the one who runs to get the materials or reminds you both to eat an apple, I can’t wait for the day when I lead the work. Luckily, The Chief is happy to share the position. Outside of my mom, no one has ever had so much faith in me to be able to do anything I set my mind to. From teaching me to run a chainsaw to encouraging me to lead us home at night on snow machines, he’s the best cheerleader (and the hairiest) anyone could ask for.

A few hours later, too full from dinner and too excited to sleep, we started finding new homes for things and brainstorming the next steps. I love these moments together. Just the two of us, making plans, trying out ideas and laughing together if they fail, knowing full and well that we will make it work. There’s nothing like living in a little cabin to get your creative organizing skills flowing and there’s nothing better than a partner in crime to dream with.

The next day it was snowing again so we waited until it abated and then started on the corner shelves. It took up until the dinner bell at the neighbor’s house was ringing (two homemade dinners that we didn’t have to home make in one week?! Hallelujah!) to finish. Two shelving projects down and an infinite number left to complete but a serious pat on the back is in order.

For the last two days, every time we would walk into the kitchen (which means every time you come in the house or walk from the living room. Tiny house, remember?) we would marvel at our completed project. 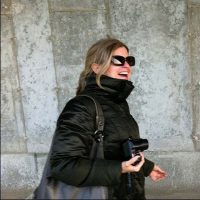 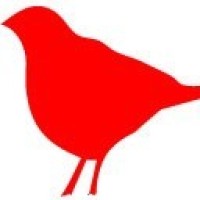